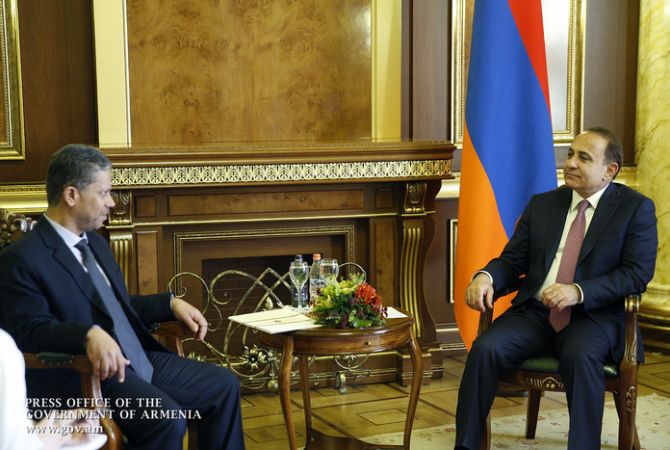 
YEREVAN, MAY 11, ARMENPRESS. UAE investors are interested in investing in Armenia, including in real estate sector, and at the moment preparation works of a visit of a group of UAE businessmen to Armenia is underway, Ambassador of the United Arab Emirates to Armenia Jassim Mohammed Mubarak Al Qasimi told about this in a meeting with the Prime Minister of Armenia Hovik Abrahamyan.

The Head of the Executive highlighted further development of political, economic and other relations with the UAE, mentioning that there are great potentials for that. According to PM Abrahamyan, the Armenian Government is ready to discuss and support the implementation of any project aimed at fostering bilateral economic ties.

Ambassador Qasimi expressed gratitude to the Prime Minister of Armenia for fostering relations between the two states and expressed satisfaction with the recent developments of relations in different spheres. He emphasized that the volume of trade turnover increased during the last year, and investments were made in Armenian tourism and agriculture.

According to the Ambassador, the number of tourists arriving in Armenia from the UAE has significantly increased.