ARF faction head: Recognition of Nagorno Karabakh should always be on Armenian agenda 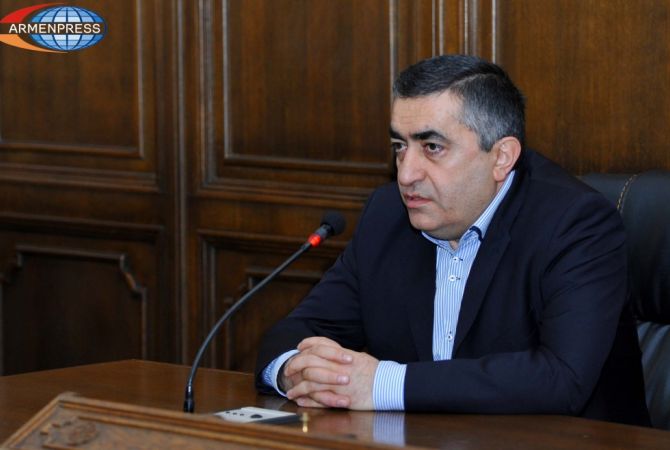 
YEREVAN, MAY 11, ARMENPRESS. Head of the ARF faction of the National Assembly of Armenia Armen Rustamyan says the recognition of Nagorno Karabakh by Armenia should happen in the right time.

During a briefing Rustamyan said if the leaderships of Nagorno Karabakh and Armenia have decided that this isn’t the time for it, so indeed it isn’t.

In the same time he says the recognition issue should always be on the Armenian agenda.

“Armenia hasn’t recognized the Republic of Nagorno Karabakh, so that it happens through the international process. We don’t want a one sided recognition, we want to realize this process within the framework of the Minsk Group. This is a big concession from the Armenian side, so that everyone is convinced through negotiations, that the Nagorno Karabakhi independence should be recognized. But if Azerbaijan is pushing the negotiations to a dead-end, stops the negotiations, it leaves no choice for Armenia but to recognize the independence of Nagorno Karabakh, which was clearly stated by the President. That’s why we always say that this issue should always remain on our agenda, however simultaneously the mutual assistance agreement should be signed, which will mean that any attack on Nagorno Karabakh is an attack on Armenia. If it’s an attack on Armenia, Armenia must defend by all means”, Rustamyan said.