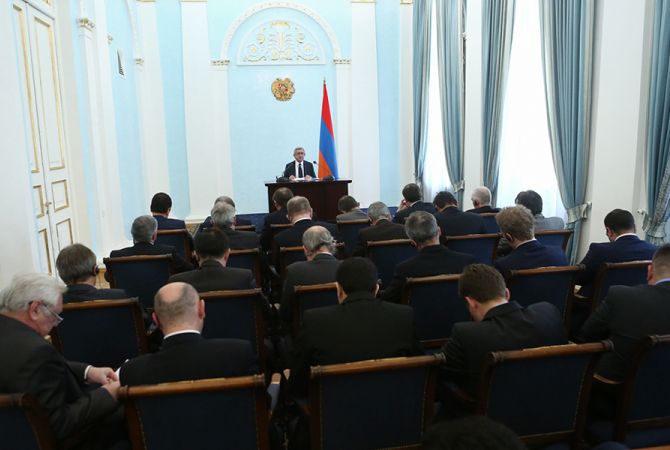 “Operations of such a large scale have not been recorded since the establishment of ceasefire in 1994. Azerbaijan continues targeting civilians, using multiple rocket launchers and artillery. After the so called “unilateral ceasefire”, Azerbaijani artillery fired in the direction of Nagorno Karabakh settlements. The Republic of Armenia, as a party of the ceasefire agreement signed in 1994, will continue to fully implement its commitment of ensuring the security of Nagorno Karabakh people. Moreover, I have assigned the Minister of Foreign Affairs to work with Nagorno Karabakh on signing an agreement of military partnership. And I have to mention here, it is not the first time I announce it, that if the military operations continue and grow larger by scale, the Republic of Armenia will recognize the independence of Nagorno Karabakh”, President of Armenia said.

He stated that the further escalation of military operations can lead to unpredictable and irreversible consequences, even to a full-scale war. “This will have an impact not only on the security and stability of South Caucasus, but also the European region”, Serzh Sargsyan mentioned.