Relics of 20 Hunchakian martyrs to be reburied in Armenia 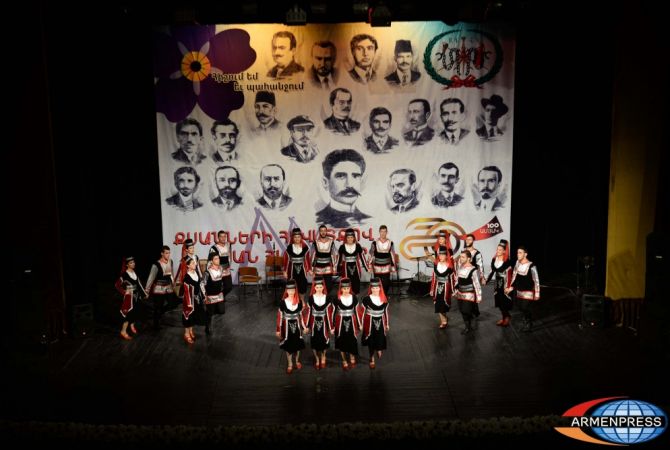 
YEREVAN, AUGUST 20, 2015. Due to the efforts made by the Department of the Republic of Armenia of Social Democrat Hunchakian Party the relics of the twenty Hunchakian martyrs (Paramaz and 19 martyrs) will be brought to Armenia from Turkey and buried in the homeland. In his talk with Armenpress Sedrak Achemyan, member of Social Democratic Hunchakian Party Central Executive Board said that the procedures were close to end and soon the young men who sacrificed their lives to the idea of having independent Armenia would be properly buried in the Motherland.

"The activities are close to end. Our dream of decades has been to rebury the heroes in the Motherland. The heroes belong to the Armenian nation and not only to SDHP. These people were the first victims of the Genocide who fell in their battle. The reburial of our 20 heroes was a dream to come true in the near future.” Said Sedrak Achemyan, adding that currently the party holds negotiations with the authorities of Armenia related to the issue. The party is confident that а place of honor will be allocated for such a national event.

Matteos Sarkissian (Paramaz) was a member of Social Democrat Hunchakian Party. Matteos Sarkissian attended Meghri’s local school, and by the age of sixteen was transferred to the Kevorkian Seminary of Etchmiadzin. By early 1890’s he devoted himself to the revolutionary politics of the Hunchakian Party and adopted the nickname “Paramaz”. After spending two years in terrible conditions in Ottoman prisons, and undergoing lengthy mock trials, twenty prominent figures - Paramaz, Dr. Benne, Aram Achekbashian, Vanig and others were sentenced to death by hanging. A few weeks after the beginning of the Armenian Genocide on June 15, 1915, all twenty men were hanged in the central square of Constantinople, known as Sultan Bayazid Square. Paramaz's last words before his hanging were, "You can only hang our bodies, but not our ideology. ...You will see tomorrow on the Eastern horizon a Socialist Armenia."

11:29, 05.19.2022
2436 views U.S. recognizes role of population of Nagorno-Karabakh in deciding its future–Ambassador Tracy’s interview to ARMENPRESS