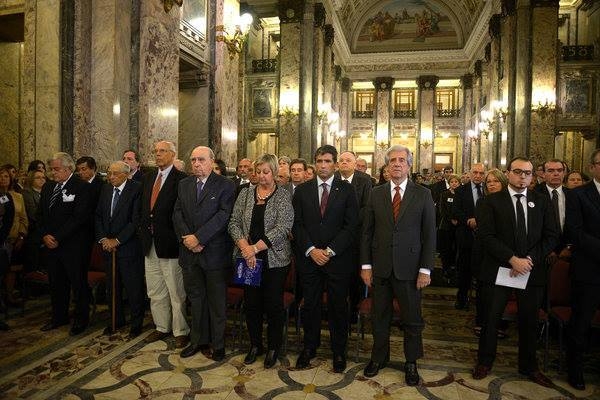 
MONTEVIDEO, 25 APRIL, ARMENPRESS. The entire political elite of Uruguay participated in the major event commemorating the Centennial of the Armenian Genocide in Montevideo. As “Armenpress” reports, citing PrensaArmenia.com.ar, among the participants of the event were President Tabaré Vázquez, Vice-President Raúl Sendic and ex-President José Mujica. “The Armenian Genocide is the most horrible elimination of the human type and the most monstrous act,” Raul Sendik mentioned in his speech.