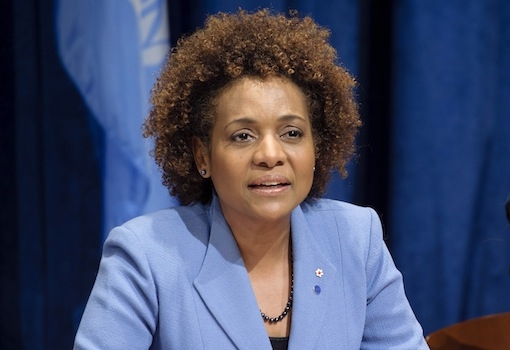 
YEREVAN, 24 APRIL, ARMENPRESS. The Secretary General of Francophonie, Her Excellency Mrs. Michaëlle Jean joins the commemorative events of the 100th anniversary of the Armenian Genocide, which, today on 24 April, are held in the Armenia's capital Yerevan and around the world. The Press and Public Relations Department of the Ministry of Foreign Affairs of the Republic of Armenia informed “Armenpress”, that in the statement of April 24 released by the International Organization of the Francophonie said about this.

"The duty of memory is strictly necessary for continuing to build the future and particularly, because today the current generation lives by those wounds,” the Secretary General underscored. “I share the grief of the descendants, grandchildren and children of that tragedy’s victims, which had taken the life of more than one and a half million human beings,” Michaëlle Jean added.