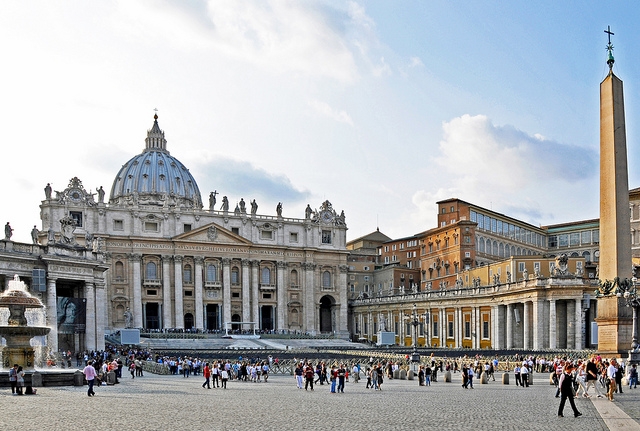 “For us Armenians it is very important that the leader of the Catholic world, Pope Francis will say a prayer to God for the martyrs of the Armenian Genocide at St. Peter’s Basilica tomorrow. We are deeply grateful to His Holiness, Pope Francis for the idea of this unprecedented mass that is taking place two weeks ahead of the canonization by the Armenian Apostolic Church of the victims of the Armenian Genocide, symbolizing the solidarity of the Christian world with our nation,” President of the Republic of Armenia Serzh Sargsyan said during a reception held yesterday.

As “Armenpress” reports, among those attending the Holy Mass are President of the Republic of Armenia Serzh Sargsyan, Catholicos of All Armenians Karekin II, Catholicos Aram I of the Great House of Cilicia, as well as Patriarch Nerses Bedros XIX of the Armenian Catholics. The Holy Mass is the initiative of Pope Francis.

On April 10, presenting the details of the historic event to journalists in Rome, Ambassador Extraordinary and Plenipotentiary of the Republic of Armenia to the Holy See Mikayel Minasyan had informed that Catholicos of All Armenians Karekin II and Catholicos Aram I of the Great House of Cilicia would give speeches at the end of the Holy Mass.

“This Mass at St. Peter’s Basilica is unprecedented in many senses. Besides the above mentioned, it is important to set aside the fact that there will be a ritual for Armenian martyrs. The Mass is dedicated to the 100th anniversary of the Armenian Genocide, but it is being served for all Armenians around the world,” the Ambassador said.

The Holy Mass will end with the declaration of Grigor Narekatsi as an archimandrite. “The Latin formula will be read, and Narekatsi will be declared as Archimandrite of the Universal Church,” Mikayel Minasyan said.