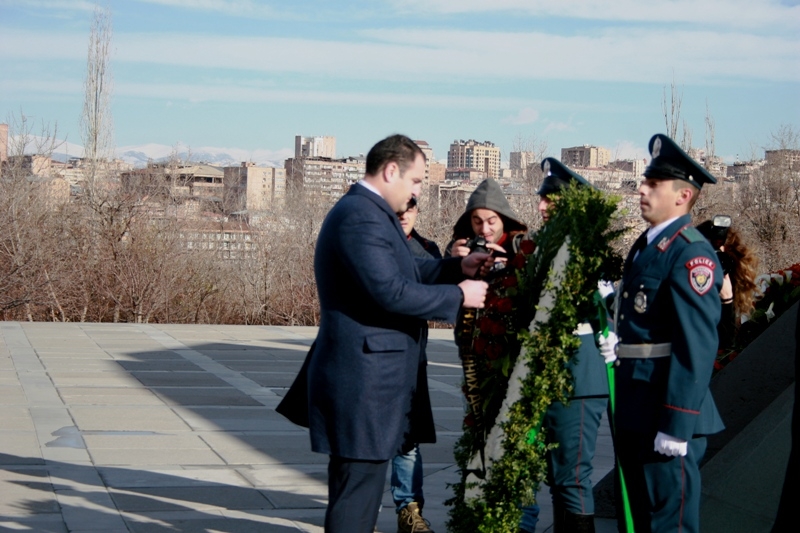 YEREVAN, DECEMBER 2, ARMENPRESS: The Georgian Minister of Internal Affairs Alexander Chikaidze, accompanied by the Head of the Police of the Republic of Armenia Vladimir Gasparyan, visited Tsitsernakaberd, the Memorial commemorating the victims of the Armenian Genocide. Armenpress was informed by the Armenian Genocide Museum-Institute of the National Academy of Sciences of Armenia that Alexander Chikaidze and Vladimir Gasparyan laid wreaths at the memorial, devoted to the victims of the Great Genocide.
The guests from Georgia were at the Eternal Fire and commemorated the innocent victims with a minute of silence.