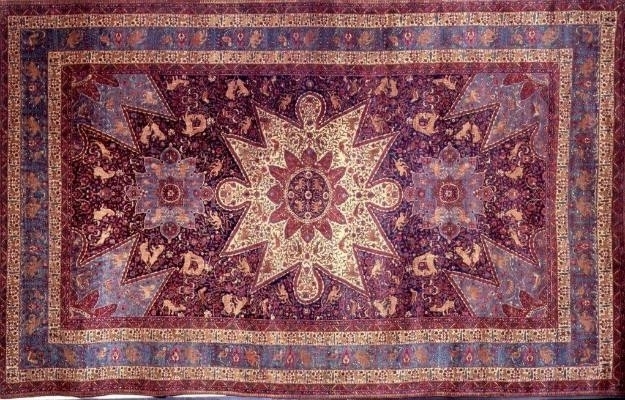 
YEREVAN, MAY 1, ARMENPRESS. The White House's decision to display the rug knitted by the Armenian orphans in fall, has raised great enthusiasm among the American-Armenian community and pro-Armenian Congressmen. As “Armenpress” was informed from the Armenian Assembly of America, the author of the book “President Calvin Coolidge and the Armenian Orphan Rug” Martin Deranian, being informed about the decision of the White House, stated that he had faith in the American Government, which finally made the right decision. "I appreciate the work of our elected officials in Washington as well as the Armenian Assembly for helping to secure this commitment" - said Deranian.

"The display of this tangible expression of gratitude for America's humanitarian intervention to save the survivors of the Armenian Genocide is a positive development" - stated Assembly Executive Director Bryan Ardouny.

The Armenian Assembly of America welcomes this development as a previous one-day exhibition of the carpet planned at the Smithsonian Institution last December was cancelled.

According to a letter from National Security Advisor Antony Blinken to Rep. Brad Sherman (D-CA) last year, "Loans from the White House collection are made for fully developed exhibits, not for one-day private events".

The American mass media surfaced about Turkish pressure on the White House last year and the cancellation of the event, which led to an outcry by Members of Congress, including Senator Edward Markey (D-MA), along with Reps. Adam Schiff (D-CA) and David Valadao (R-CA), who spearheaded a letter to President Obama, signed by over 30 Members of Congress, calling on him to release the rug.

With the Coolidge rug unavailable, the Assembly launched a campaign to display the Armenian Orphan "Sister Rug".  Since then, the sister rug has been displayed in Boston, Massachusetts and Boca Raton.

In 1925, Dr. John H. Finley, editor-in-chief of the New York Times and vice-chairman of the congressionally chartered Near East Relief organization presented a rug made by orphans of the Armenian Genocide to then President Calvin Coolidge. The rug was made in appreciation of America's generosity in aiding the survivors of the first genocide of the 20th century. As previously reported, the carpet was displayed at the White House in 1984 and 1995, but not since, an issue which the Assembly has raised with successive Administrations.