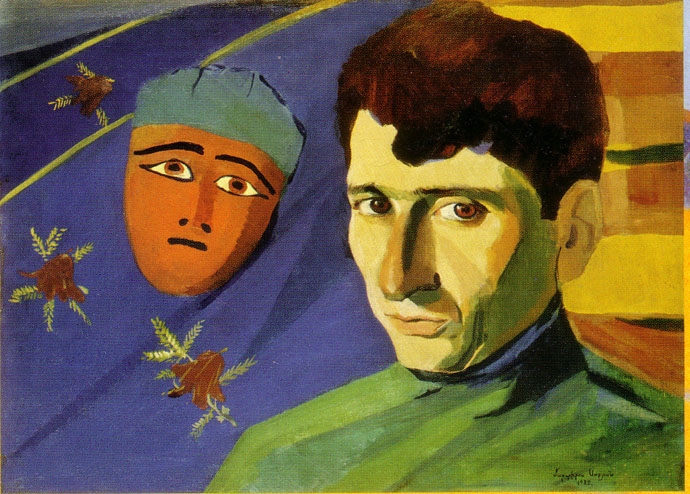 
YEREVAN, MARCH 12, ARMENPRESS. On March 13 a series of literary and artistic events will be launched at Yeghishe Charents Memorial dedicated to the 117th anniversary of the prominent Armenian poet. The Public Relations Department of the Ministry of Culture informed “Armenpress” that on the same day Yeghishe Charents house museum will open “Komitas and Charents” exhibition: Komitas’s handkerchief(1913) and other relicts will be displayed for the first time. Komitas’’s works will be introduced during the concert, which will accompany the exhibition). Also, the Italian version of "Country of Nairi" (Yerkir Nairi) will be presented on March 13.

The series of events are organized by Yeghishe Charents house museum, the writers union of Armenia, and the Public education department of the Yerevan municipality.

Yeghishe Charents (March 13, 1897 – November 29, 1937) was an Armenian poet and public activist. Charents was one of the most outstanding poets of the twentieth century, touching upon a multitude of topics that ranged from his experiences in the First World War, socialism, and, more prominently, on Armenia and Armenians.

An early champion of communism, Charents joined the Bolshevik party, but as the Soviet state clamped down on nationalism in the 1930s, he gradually grew disillusioned with Stalinism and was later executed during the 1930s purges.

Yeghishe Charents was born Yeghishe Soghomonyan in Kars, then a part of the Russian Empire, in 1897 to a family involved in the rug trade. He first attended an Armenian, but later transferred to a Russian, technical secondary school in Kars from 1908 to 1912. In 1912, he had his first poem published in the Armenian periodical Patani. Amid the upheavals of the First World War and the Armenian Genocide in the Ottoman Empire, he volunteered to fight in a detachment in 1915 for the Caucasian Front. Sent to Van in 1915, Charents was witness to the destruction that the Turkish garrison had laid upon the Armenian population, leaving indelible memories that would later be read in his poems. He left the front one year later, attending school at the Shanyavski People's University in Moscow. The horrors of the war and genocide had scarred Charents and he became a fervent supporter of the Bolsheviks, seeing them as the one true hope to saving Armenia.

Charents joined the Red Army and fought during the Russian Civil War as a rank and file soldier in Russia and the Caucasus. In 1919, he returned to Armenia and took part in revolutionary activities there. A year later, he began work at the Ministry of Education as the director of the Art Department. Charents would also once again take up arms, this time against his fellow Armenians, as a rebellion took place against Soviet rule in February 1921.

He died in prison. He was rehabilitated in 1954.

His works were translated by Valeri Bryusov, Anna Akhmatova, Boris Pasternak, Louis Aragon and others.