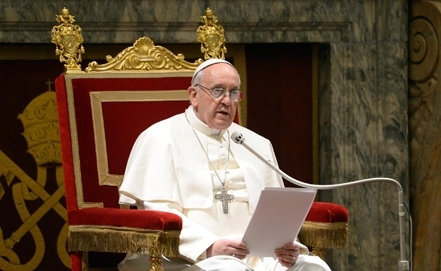 During the meeting of the Pope Francis with the delegation headed by the spiritual leader of the Catholic Church Nerses Bedros XIX last week, the Pope Francis restated his statement made in 2006 and recognized the Armenian Genocide, noting that it was the first genocide of the 20th century. Seven years ago, during the events devoted to the 91st anniversary of the Armenian Genocide the Pope appealed to to recognize the Genocide, calling it the “gravest crime of the Ottoman Turkey” in 2006 while he was a cardinal in .

The statement of the Pope Francis restating the recognition of the Armenian Genocide caused tension in Turkey. On that occasion the Turkish Foreign Ministry released a statement on Saturday reacting to the statement by the Pope calling the Armenian claims of genocide for the 1915 events at the hands of the Ottoman Empire the “first genocide of the 20th century”. Besides, the statement also mentioned that Antonio Lucibello, the Vatican ambassador in Ankara, had been summoned to the Foreign Ministry on Friday, during which the Turkish side expressed its displeasure over the statement, threatening Vatican to irreparably affect the bilateral relations.

One of the Turkish officials stated that no discussion has yet been made on whether the Pope's expected visit to the Fener Greek Orthodox Patriarchate in Istanbul would be rejected after his remarks. The Pope Francis, who assumed his post in March this year, is expected to meet with the Fener patriarch as part of a traditional visit, just as his predecessors have done in the past.