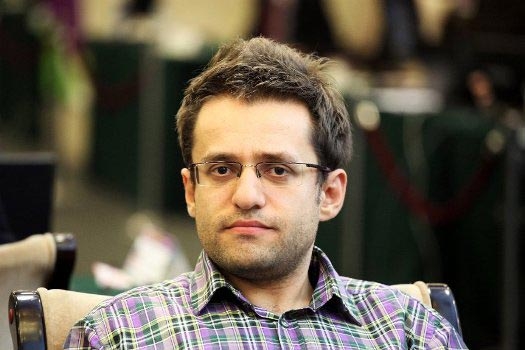 After the last round Magnus Carlsen and Vladimir Kramnik share the first place. Both of them have scored 8,5 points. Levon Aronian and Peter Svidler have 7 points each and occupy the third and fourth positions.

The FIDE Candidates Tournament launches in London. The world’s eight strongest chess players will compete with each other from March 15 to April 1. This is the final contest to determine the challenger for the World Chess Championship. The winner of the Candidates Tournament will earn the right to a match for the World Championship against the incumbent World Champion Viswanathan Anand.

Teimour Radjabov - Teimour Radjabov was born on 12 March, 1987 in Baku, Azerbaijan. He earned the title of International Grandmaster at the age of 14. In Linares 2003, not yet 16 years old, he became the first player in seven years to beat Garry Kasparov with the black pieces in a rated game. In October 2012, Radjabov led the SOCAR chess team to a win in the European Chess Club Cup playing on top board, achieving the second best performance for top board players in the tournament.