The star of Charles Aznavour was placed in Akhaltsikhe 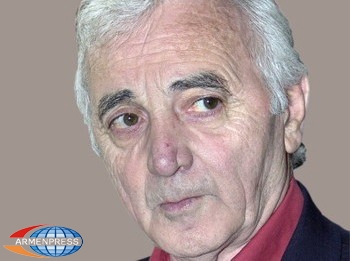 
, AUGUST 17, ARMENPRESS: The star of world famous singer of Armenian origin Charles Aznavour was placed in the territory of restored “”  the opening ceremony of which took place on August 16. Armenpress reports calling Georgian media that yesterday evening on occasion of opening the castle in Akhaltsikhe Aznavour performed with a magnificent concert.

It is not accidental that Aznavour performs with concert in Akhaltsikhe as his father was born there. His parents than migrated for France and intended to leave for but because of not getting visa stayed in .