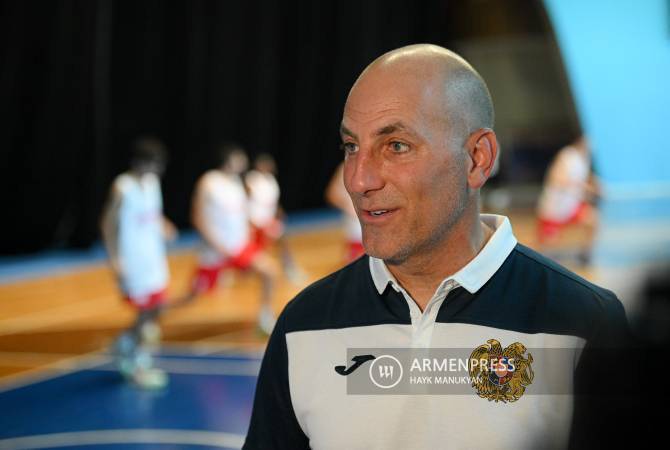 
YEREVAN, JULY 6, ARMENPRESS. Head coach of the Armenian national basketball team Rex Kalamian commented on the victory of the team in the European Championship for Small Countries.

“I am very happy and satisfied with the team’s performance”, he said. “I think we, Armenians, despite many difficulties, continue to stay firm. And the team showed this during the final round and the whole Championship in general”, he said, adding that the final was really difficult.

“I hope I will be able to continue working with this team in the future and will contribute to the development of basketball in Armenia. I am here and want to help. I don’t know what will happen in the future, but I am very excited about the future prospect of the Armenian basketball”, he added.