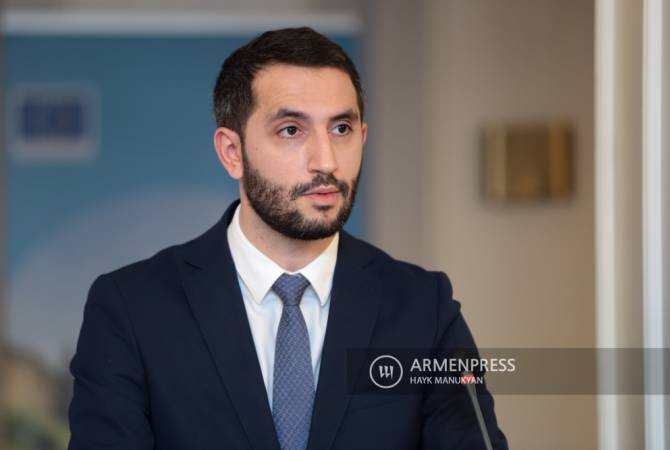 
YEREVAN, JUNE 30, ARMENPRESS. Armenia’s Special Representative for normalization talks with Turkey, Vice Speaker of Parliament Ruben Rubinyan calls the statements of various Turkish officials that they coordinate the process with Azerbaijan as “strange”.

“Since the beginning of the normalization process of the Armenian-Turkish relations, Armenia has been very constructive. Armenia has a political will and has shown that will for quickly reaching the normalization. The success of the process depends on the respective political will of Turkey. As you can see, up to this moment there has not been much progress”, he said.

Rubinyan reaffirmed that no issue of re-delimitation of borders is being discussed.

“The statements of various officials of Turkey that they coordinate the process with Azerbaijan are a bit strange. But the political will is the most important in such processes, if that political will exists, the other issues are easy to solve”, he said, adding that the government of Armenia wants to achieve a quick normalization and is ready to take practical steps for that and is expecting the same from the Turkish side.