Armenia to get around 23 mln Euro loan to build, equip kindergartens and schools 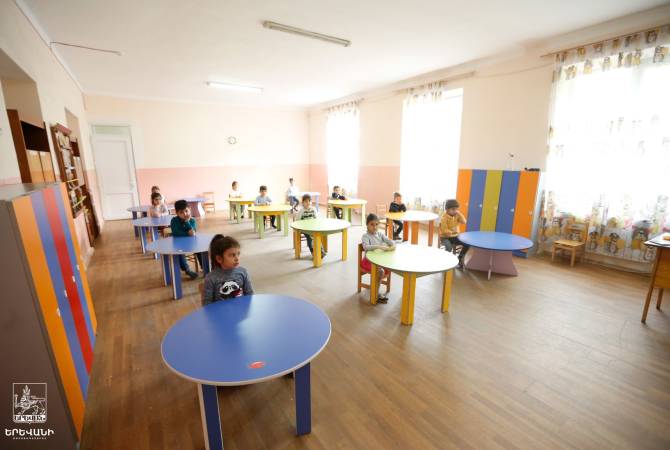 
YEREVAN, MAY 5, ARMENPRESS. The Armenian government approved today the proposal to sign the loan agreement (22 million 600 thousand Euros) between Armenia and the International Bank for Reconstruction and Development (IBRD) aimed at improving education.

Minister of Education, Science, Culture and Sport of Armenia Vahram Dumanyan introduced the draft to the Cabinet members today.

He said that the program “Improving Education” kicked off with the support of the World Bank in 2015.

Given the final results, the minister said that the government applied to the World Bank requesting to provide additional funding to ensure the program continuation.

“By the new program, affordable preschool education services will be created in 80 settlements, involving around 3000 children aged 4-6, 74 high schools will be renovated and equipped in accordance with the construction and security standards. 200 public schools will be provided with 5 engineering and natural science laboratories, works on use of education management information system, further digitization of processes, installing new opportunities for data visualization will be carried out, the creation of innovative research centers in universities will continue”, the minister said, adding that it is planned to implement 5 grant programs on the sidelines of the project. The total cost will be 28,25 million Euros, including 22,6 million Euros from loan resources, and 5.65 million Euros from the state budget.

He also informed that the government will donate a land to Spitak community of Lori province in order to build a modular kindergarten in Lusaghbyur.