Why should Kosovo benefit from international mechanism of salvation and compensation, but not Artsakh? - Artak Beglaryan | ARMENPRESS Armenian News Agency

Why should Kosovo benefit from international mechanism of salvation and compensation, but not Artsakh? - Artak Beglaryan 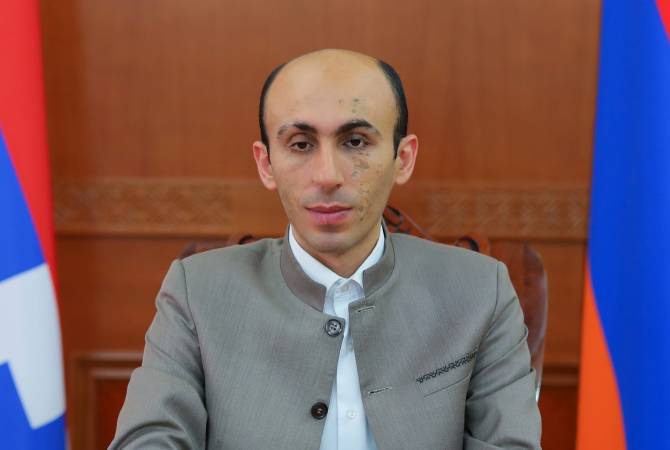 
YEREVAN, 29 APRIL, ARMENPRESS. Why should Kosovo or other internationally unrecognized countries benefit from the international mechanism of salvation and compensation, but not Artsakh?, ARMENPRESS reports State Minister of the Artsakh Republic Artak Beglaryan voiced this rhetorical question on his "Telegram" channel.

"It was a pleasure to hear Russian President Vladimir Putin talk to UN Secretary-General Antonio Guterres about the International Court of Justice's advisory opinion on Kosovo. Undoubtedly, this was a precedent for the peoples who live under the existential threat, fight for their right to self-determination, among which the indigenous people of Artsakh are in the forefront.

Needless to bring proofs of the genocidal policies against the Armenians of Artsakh over the decades, including the ethnic cleansing of Armenians in Azerbaijan and Artsakh, deportation, destruction of cultural heritage, systemic policies of anti-Armenianism, and a number of other existential threats, as evidenced by the decision of the UN International Court of Justice, as well as similar documented facts of many other international organizations.

And now the rhetorical question is why Kosovo or other internationally unrecognized countries should benefit from this international mechanism of salvation and compensation, and Artsakh, which meets all the standards of international law, no. We should not forget the many cases when the international community did not fulfill its preventive responsibilities, as a result of which different peoples were subjected to genocide," Beglaryan wrote.