USA, France have not expressed readiness to resume the work of the Minsk Group Co-Chairs – Zakharova | ARMENPRESS Armenian News Agency

USA, France have not expressed readiness to resume the work of the Minsk Group Co-Chairs – Zakharova 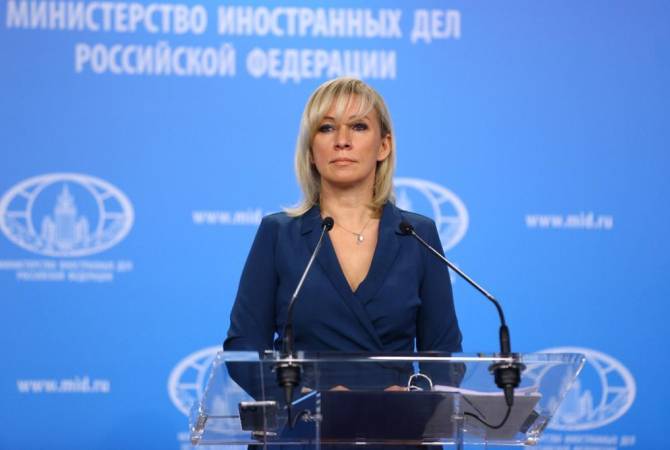 "We have not received such signals, and don’t even expect”, reads the statement posted on the ministry's website.

According to Zakharova, Washington and Paris "actually paralyzed the work of the OSCE Minsk Group Co-Chairs by refusing the cooperation with Russia’s involvment”.

"Such coincidences are not accidental. Like the Brussels's open attempts to make the well-known Russian-Azerbaijani-Armenian high-level agreements (demarcation of the state border between Azerbaijan and Armenia, restoration of transport communication) their own and the agenda proposed by the OSCE Minsk Group Co-Chairs last year (urgent humanitarian issues, reparation of a peace treaty between Baku and Yerevan).

In this context, we reaffirm our unconditional commitment to consistently implement the statements of the leaders of Russia, Azerbaijan and Armenia of November 9, 2020, January 11, November 26, 2021. At the same time, we are determined to contribute in every way to the conclusion of a peace treaty between Azerbaijan and Armenia, with which we have historically been linked by friendship, allied and partnering relations," Zakharova said.

Earlier, Russian Foreign Minister Sergey Lavrov said that France and the United States had refused to cooperate with Russia in the OSCE Minsk Group.