We will not deviate from our path of independence. President of Artsakh | ARMENPRESS Armenian News Agency

We will not deviate from our path of independence. President of Artsakh 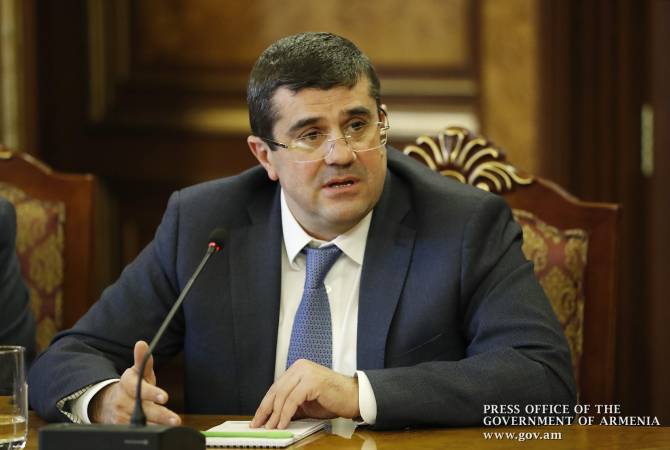 
YEREVAN, 12 APRIL, ARMENPRESS. The right to self-determination of the people of Artsakh was and will be the main guide of the foreign policy of the Government, ARMENPRESS reports the President of the Republic of Artsakh announced at the meeting with heads of administrative districts of Askeran city, heads of communities and local activists, emphasizing that the official Stepanakert will not deviate from that agenda.

“The fact that the right of the people of Artsakh to self-determination is not a subject of bargaining is unequivocal. We will not deviate from our path of independence”, said Arayik Harutyunyan.

At the meeting the President of Artsakh talked about the recent geopolitical developments and the actions be carried out in that context. He mentioned that we enter a new difficult phase conditioned by the Russian-Ukrainian military actions.

Arayik Harutyunyan referred to the actions of Azerbaijan, in particular that on March 24 again the provisions of the trilateral agreement of November 9, 2020 were violated and Azerbaijan doesn’t hide its  expansionist aspirations.

“Azerbaijan violated the condition and for the first time questioned the Russian peacekeeping mission.”, the President of Artsakh said.