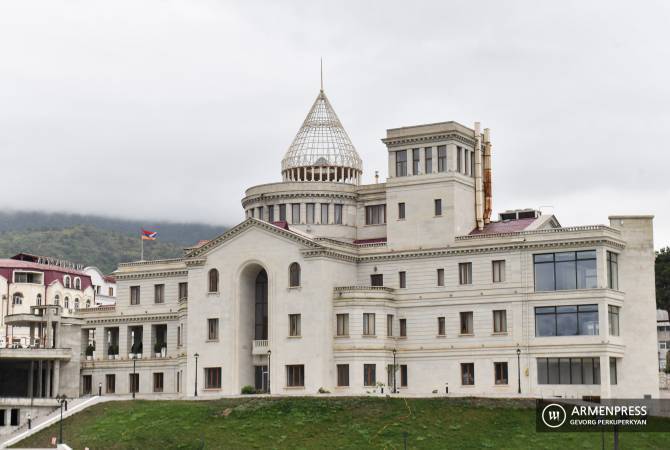 
YEREVAN, FEBRUARY 16, ARMENPRESS. The adoption of the bill on the Occupied Territories by the Parliament of Artsakh is a response to the so-called “Shushi Declaration”, Head of the Justice faction of the Artsakh Parliament, co-author of the bill, Davit Galstyan, said in an interview to ARMENPRESS, talking about the importance of the adopted document.

“The importance of this bill lies in the fact that we firstly state that the territories mentioned in the bill are Armenian. And this is also a response to the ratification of the so-called “Shushi Declaration” by Azerbaijan. With this initiative we show that we own our historical and cultural values which today are being transformed, destroyed and eliminated by Azerbaijan”, he said.

The Parliament of Artsakh unanimously adopted today the bill on the “Occupied Territories” at first hearing. The bill has been recently put into circulation by all factions represented in the Parliament of Artsakh. According to the bill, there will be a ban on those foreign companies which will want to carry out activity in the territories of Artsakh occupied by Azerbaijan, without the permission of the Artsakh government. The bill also states that the territories of the Republic of Artsakh which have been captured by the Azeri forces during the conflict are considered as “occupied territories”.

On June 15, 2021, the presidents of Azerbaijan and Turkey signed a declaration on “Allied Relations” in Artsakh’s Shushi, which has come under the Azerbaijani control following the 2020 Nagorno Karabakh war. The document has been ratified recently by the Turkish and Azerbaijani parliaments.