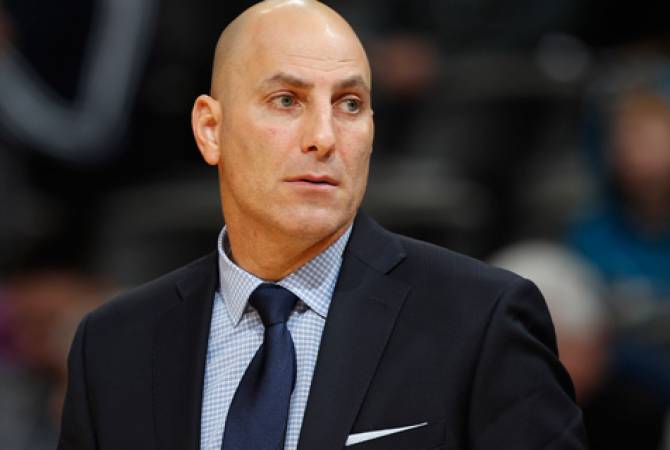 Kalamian will lead the team to the European Championship due June 28-July 3 in Malta.

Earlier, ESPN’s Adrian Wojnarowski tweeted : “Detroit Pistons assistant Rex Kalamian has agreed to become the new head coach of the Armenian national team, Kalamian tells ESPN. His grandmother escaped the Armenian genocide as a teenager to come to the United States, and both his parents are Bronx-born Armenian-Americans.”

Earlier in January, sources familiar with the matter told ARMENPRESS that Kalamian could become the new head coach of the Armenian basketball team.

Kalamian serves as assistant coach for the Detroit Pistons of the NBA.

11:29, 05.19.2022
2632 views U.S. recognizes role of population of Nagorno-Karabakh in deciding its future–Ambassador Tracy’s interview to ARMENPRESS