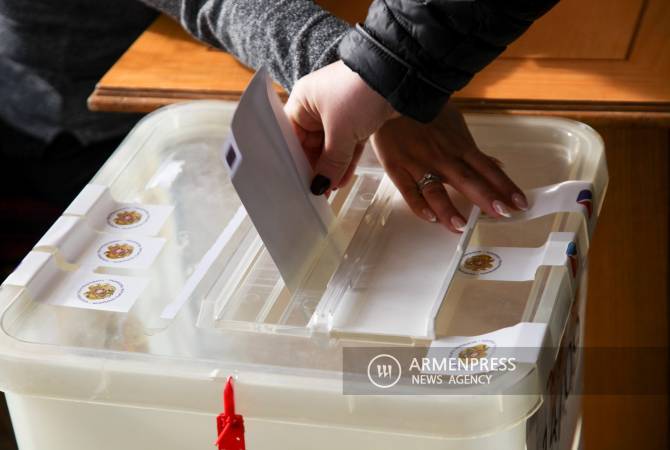 
YEREVAN, DECEMBER 6, ARMENPRESS. The Central Electoral Commission released the preliminary results of the December 5 local elections in 36 towns and cities.

With 5776 votes, the Civil Contract party won in Vagharshapat (aka Etchmiatsin), while the “Ejmiatsin” bloc got 3872 votes.

In Aragatsotn’s Ashtarak, the Civil Contract won with 14732 votes, while the ARF and Hayrenik parties garnered 2730 and 1176 votes respectively.

In Masis, the Civil Contract lost with 13461 votes to Davit Hambardzumyan Alliance, who received 14943.

In Vanadzor, the Mamikon Aslanyan Alliance won with 12810 votes, while the Civil Contract party got 8295. The Workers Socialist Party of Armenia received 4809 votes.

The Civil Contract won in Jermuk with 2544 votes, and the Mer Hamaynk alliance and Aprelu Yerkir party received 236 and 118 votes respectively.