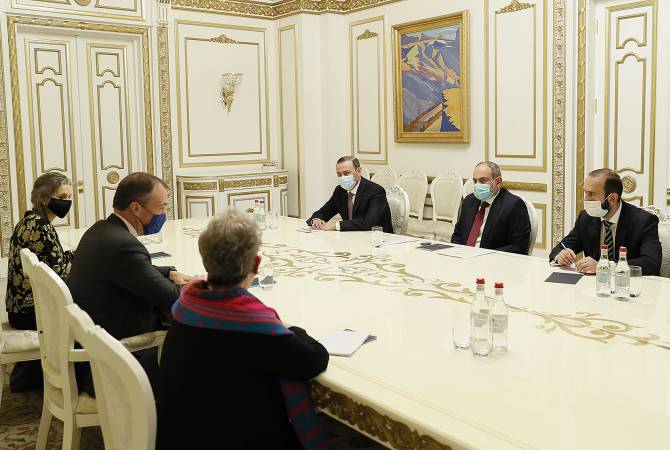 During the meeting the Prime Minister assessed the Armenia-EU cooperation as effective and in the context of development of bilateral partnership attached importance to the upcoming Eastern Partnership summit to be held in Brussels.

The EU Special Representative conveyed the greetings of the European Council President Charles Michel to the Armenian PM and reaffirmed the EU readiness to continue the efforts for strengthening the Armenia-EU ties.

Nikol Pashinyan and Toivo Klaar also exchanged views on the bilateral relations and the regional affairs.

Issues relating to the agenda of the upcoming Eastern Partnership summit, scheduled for December 15, were discussed during the meeting.