Pashinyan-Putin-Aliyev meeting kicks off in Sochi 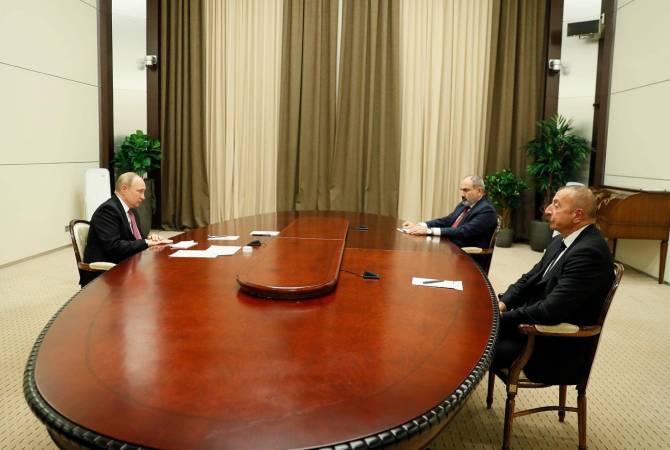 Before the meeting Russian President Vladimir Putin held a bilateral meeting with Azerbaijani President Ilham Aliyev, during which the Russian leader touched upon the settlement of the Nagorno Karabakh conflict and the border incidents.

The Kremlin reported earlier that during the November 26 trilateral talks issues relating to the restoration of trade-economic and transportation communications will be in the focus. It was also reported that the three leaders will outline the further steps for strengthening stability and establishing peaceful life in Nagorno Karabakh.

The Armenian PM and the Azerbaijani President will meet also on December 15 this year in Brussels on the sidelines of the Eastern Partnership summit.

11:29, 05.19.2022
2166 views U.S. recognizes role of population of Nagorno-Karabakh in deciding its future–Ambassador Tracy’s interview to ARMENPRESS