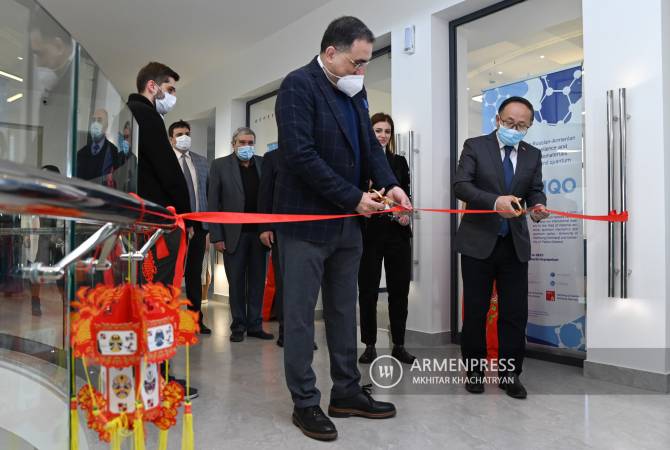 Speaking at the inauguration, the Ambassador of China to Armenia Fan Yong expressed hope that the center will enable Armenian students to obtain deeper knowledge on the path of studying Chinese, and will contribute to the development of the Armenian-Chinese cooperation and bilateral relations.

Recalling the words of Armenian and Chinese leaders that the good relations between Armenia and China are linked with the friendship between the two peoples, the ambassador stressed that what matters in these relations is the “connection of people’s hearts”. The Confucius Auditorium – named after the prominent Chinese philosopher (551–479 BCE) can give the chance to better get to know the culture and language of China, and to deepen economic skills and mutual interest for China and Armenia, Ambassador Fan Yong said.

He added that he sees more and more young Armenians displaying interest for China and its culture, and hoped that the partnership between the embassy and the university will result in creating more opportunities for students to explore China.

The Armenian-Russian University is the only university in Armenia conducting academic educational programs in Chinese studies.

The rector said that their experts on China are working already even in China and are greatly respected in their field.