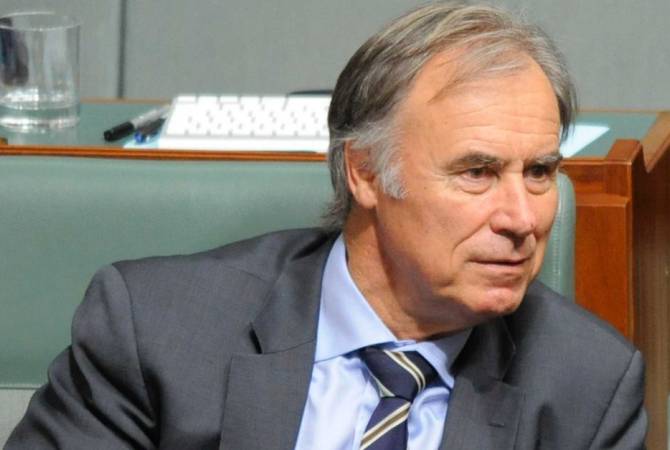 
YEREVAN, OCTOBER 26, ARMENPRESS. Australian MP John Alexander referred to the provocative attacks of Azerbaijan against Artsakh in the Australian House of Representatives, ARMENPRESS was informed from the Armenian National Committee of Australia.

In his speech to parliament on 26th October 2021, John Alexander said: “When I visited Artsakh in 2019, I was struck by the normality of the place in an area constantly threatened by its neighbour. I was amazed by the hardiness and resilience of the people in the towns I visited.”

“But just a year later we saw tragic images of roads clogged with refugees—a direct juxtaposition of images taken nearly 100 years earlier of the victims of the Armenian genocide,”  added Alexander, who is also Chair of the Australian Parliament’s Standing Committee on Infrastructure, Transport and Cities.

Alexander also expressed concern over the ongoing humanitarian and political crisis unfolding as a result of Azerbaijan's attacks against the Armenian homeland last year.

“Since then I have heard reports of 100,000 Armenian civilians being uprooted from their homes, 5,000 having been killed and hundreds of Armenians having been imprisoned. The fighting must stop. The ceasefire must hold,” Alexander said. “When states talk of war, it's always the people on the ground who suffer, the people of Artsakh.”

“One year since unleashing 44 days of terror against Armenians before agreeing to a supposed ceasefire, Azerbaijan continues to occupy Artsakh while encroaching on sections of the Republic of Armenia,” said Kayserian.

“This is particularly why our community thanks and appreciates Mr. John Alexander’s awareness-raising in Australia’s parliament,” he added.