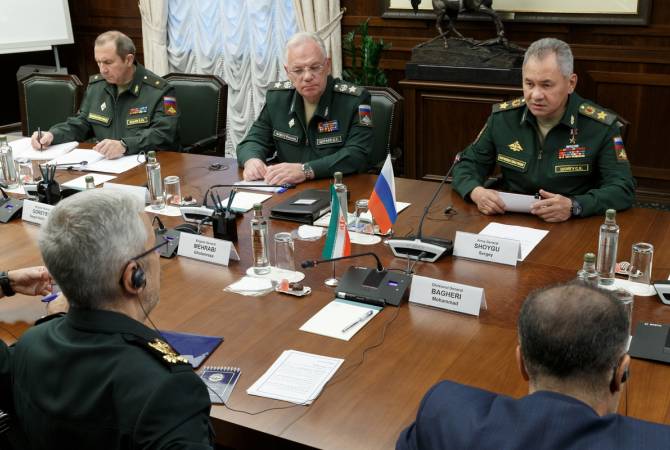 
YEREVAN, OCTOBER 21, ARMENPRESS. Chief of General Staff of Iranian Armed Forces Major General Mohammad Bagheri said in Moscow that Iran and Russia have agreed to cooperate in the region to ensure security. ARMENPRESS reports, talking to IRNA, Bagheri said that his talks with Russian Defense Minister Sergey Shoygu and Chief of General Staff of the Russian Armed Forces Valery Gerasimov were positive and constructive.

He noted that Iran and Russia have always supported each other in the international arena, there has never been misunderstanding between the two countries, as they have the similar views on Syria, the Caucasus, the Persian Gulf, the Red Sea.

He added that Iran and Russia will hold a joint military commission meeting in Tehran in three months to discuss bilateral military ties, the defense industry, military agreements, the situation in Syria, security in the region and the fight against terrorism.