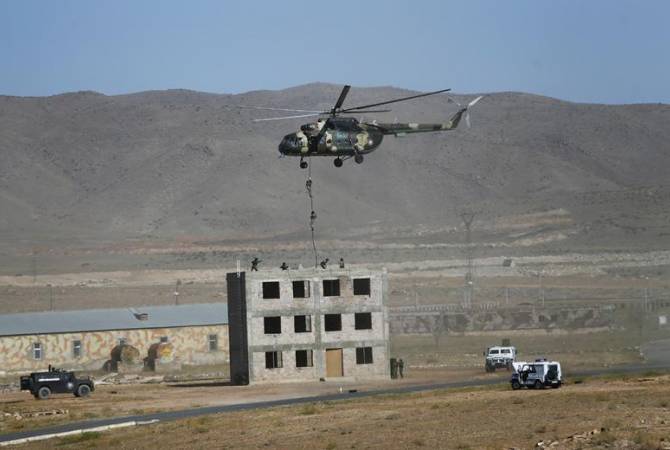 
YEREVAN, SEPTEMBER 28, ARMENPRESS. Special exercises "Thunder-2021" of the CSTO ware held in Armenia from September 24-28. The special units of the Police of the Republic of Armenia,  Ministry of Internal Affairs of the Republic of Belarus, the Ministries of Internal Affairs of the Kyrgyz Republic, as well as the Drug Control Agency under the President of the Republic of Tajikistan took part in the exercises. The border units of the Ministries of Defense, Emergency Situations and the National Security Service of Armenia were also involved in the exercises with the use of aviation, military and special equipment.

The exercises were aimed at carrying out anti-drug operations in difficult mountainous terrain and raising the level of readiness of special forces units.

The Police of Armenia informed that according to the scenario, a large criminal group has penetrated into Armenia, the members of which want to smuggle more than 1 ton of drugs through the territory of the country to another country. Relevant subdivisions of the CSTO member states are taking measures, neutralize them, disarm and arrest.

About 350 servicemen of the CSTO member-states, 49 units of equipment, 3 helicopters, unmanned aerial vehicles took part in the exercise.