At meeting with Borrell, Armenian FM underscores imperative of unconditional repatriation of POWs held by Azerbaijan 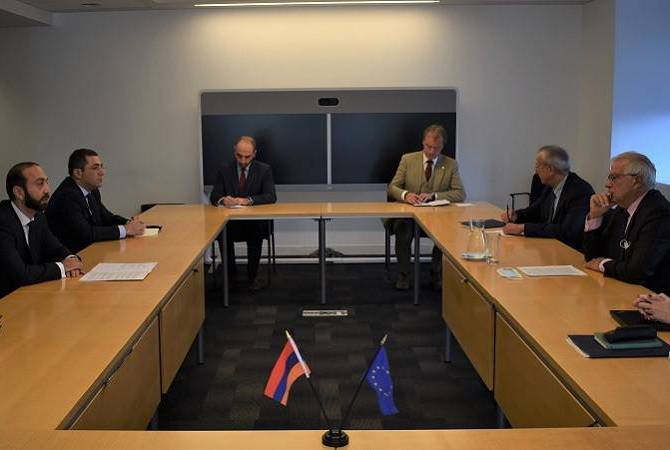 
YEREVAN, SEPTEMBER 25, ARMENPRESS. Within the framework of the 76th session of the United Nations General Assembly, Armenian Minister of Foreign Affairs Ararat Mirzoyan met with High Representative of the EU for Foreign Affairs and Security Policy, Vice President of the European Commission Josep Borrell on September 24, the foreign ministry said in a press release.

Mirzoyan and Borrell were pleased to note the dynamic development of Armenia-European Union partnership. Issues pertaining to the effective implementation of the Armenia-EU CEPA, and the upcoming Eastern Partnership summit were discussed.

The Armenian FM and the Vice President of the European Commission also exchanged ideas around issues of regional stability and security. In the context of addressing the humanitarian issues caused by the 44-day war, FM Mirzoyan underscored the imperative of unconditional repatriation of the Armenian POWs, including civilian captives still held by Azerbaijan and the unacceptability of the politicization of this issue.

The need to re-launch the peaceful resolution process of the NK conflict within the framework of the OSCE Minsk Group Co-Chairmanship and a lasting and comprehensive resolution was emphasized.

Both sides attached importance to making efforts for de-escalation and ensuring security and stability in the region.