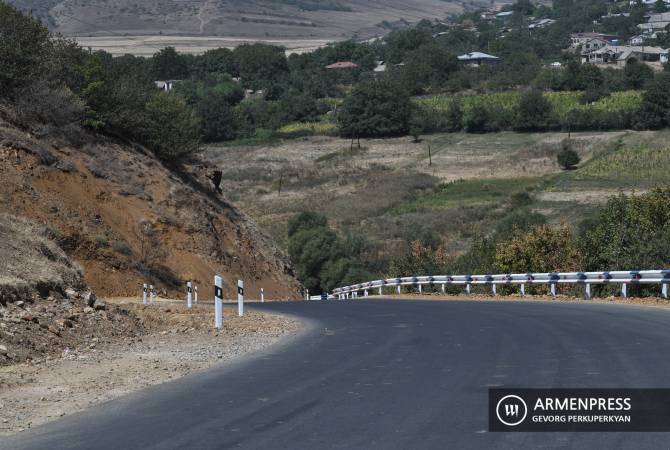 
YEREVAN, SEPTEMBER 16, ARMENPRESS. The Armenian government will allocate around 1 billion dollars for the construction of the Kajaran-Sisian section of the North-South Road Corridor, Minister of Economy Vahan Kerobyan told reporters while speaking about the situation at the Kapan-Goris section, where the Azeri authorities have set up a police checkpoint in an area that has gone under their control.

“You know that we have a bypass [linking Kapan with Goris], which is in poor condition, but which is also a functional road, and it’s our so-called plan B for a worst case scenario. We are now intensely working to make that road easier to pass. We also know that in terms of the Kajaran-Sisian section of the North-South we are already very close to making practical, major steps. The government plans to invest approximately 1 billion dollars in the construction of the Kajaran-Sisian section,” he said.

Kerobyan dismissed concerns that Iran could potentially halt shipments through Armenia because of the problems caused by Azerbaijan on the interstate road.

“I am very well aware of the composition of the trade with Iran, but I don’t think that there is a major problem. Certainly there is an obstacle, but I am sure that this obstacle will be resolved very soon,” the economy minister said.