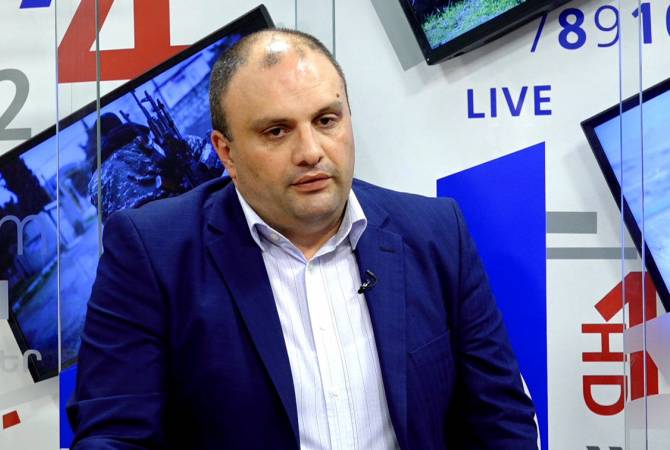 
YEREVAN, AUGUST 26, ARMENPRESS. A prominent military-political analyst argues that the latest geopolitical developments, especially the West’s anti-Russian initiatives, including the so-called Crimean Platform in Ukraine and Turkey’s position in the issue of Crimea, are bringing Russia to the thought that first of all in its own interests it needs to strengthen Armenia.

Mher Hakobyan told ARMENPRESS that the Armenian defense minister’s active contacts with his Russian counterpart, and especially the latter’s statements on re-equipping and modernizing the Armenian military are commendable.

“Let’s hope that our interests will only match with Russia, and we, by receiving that armaments from Russia, will gradually get stronger and as I like to say ‘when Azerbaijan slips, we’ll be able to make use of that slip’”.

Speaking on the Armenian military’s plans to achieve Armenia producing its own weapons, the analyst noted that the term “weapons” is a very broad term, ranging from small arms which can be manufactured almost anywhere up to drones and heavy military equipment which require most sophisticated production.  He said these plans need to be further specified.