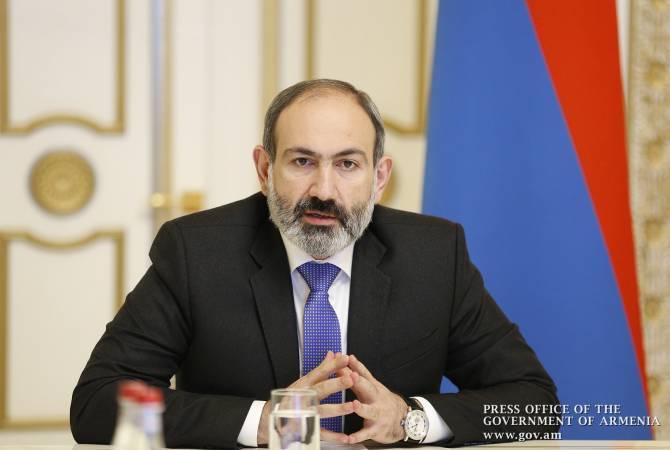 
YEREVAN, AUGUST 18, ARMENPRESS. It is necessary to hold debates with various circles on the topic of Constitutional changes to understand whether the system of government should be changed or not, ARMENPRESS reports PM Pashinyan said at the Cabinet meeting.

The PM noted that the issue of Constitutional changes is defined in the Government’s action plan as an opportunity for open debates. ''It's a much discussed issue if the system of government should be changed or not, or we should take the path of reforming the system of government. Our presumption is that we should have discussions with various political and public circles. Of course, the position of the ruling political force as a political force that won the people's vote of confidence will be very important here, but it should not be the only factor to influences this decision'', Pashinyan said.

The Prime Minister emphasized that it is undeniable that there are problems in the constitutional structures, referring to the events of the last 7-8 months, in particular,  the coup d'état attempt, when the situation over the Chief of the General Staff was not resolved for almost a month.

‘’Does this mean that we should undertake changes of the system of government, or not? This questions should be answered in the sidelines of more detailed discussions. It's necessary to be ready that there will be no public consensus and we will have to opt for the most rational solutions'', Pashinyan concluded.