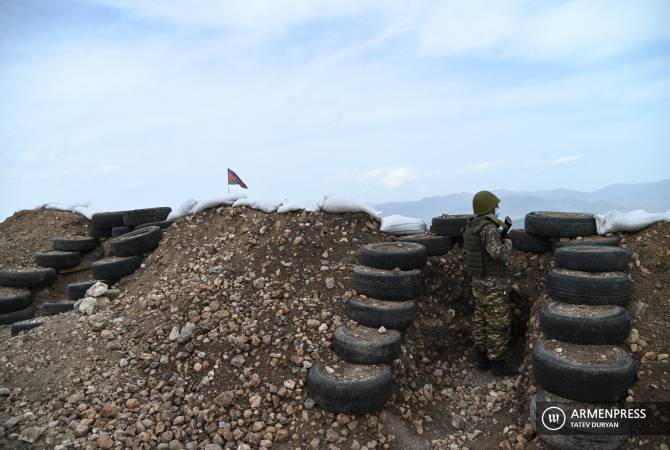 ARMENPRESS reports media representatives and Telegram Channels inform that, in particular, the Minister of Defense Arshak Karapetyan very strictly tasked to open fire immediately, to eliminate by any means the Azerbaijani servicemen who will try to cross the border of Armenia.

At the same time, he warned that those commanders in whose territory the Azerbaijanis will advance even a centimeter will be severely punished.

11:29, 05.19.2022
2960 views U.S. recognizes role of population of Nagorno-Karabakh in deciding its future–Ambassador Tracy’s interview to ARMENPRESS