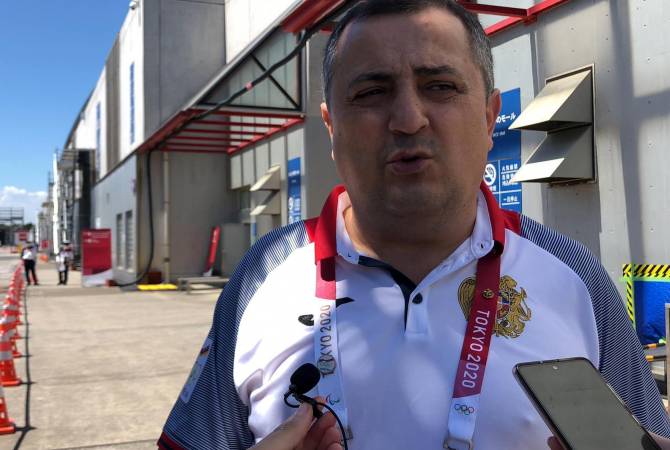 
TOKYO, AUGUST 4, ARMENPRESS. The deputy minister of sports Karen Giloyan says weightlifter Simon Martirosyan winning silver at the Tokyo Olympics is a failure for Team Armenia. “We could’ve had two gold, one bronze, but we have two silver medals. Boxer Hovhannes Bachkov had a fantastic day. While we always expect gold from Aleksanyan. Now, he is a knight of three medals and a very strong guy,” Giloyan, the Deputy Minister of Education, Science, Culture and Sports told reporters in Tokyo, referring to Aleksanyan’s 2016 Rio gold and the 2012 London bronze.

Giloyan also slammed the referees for biasness in Aleksanyan’s wrestling match against ROC’s Evloev. He said “conclusions must be draws from this”.

“In case of Simon, we failed. He was unable to normally regulate the weight. 238kg was within the powers of Simon. Conclusions must be drawn.