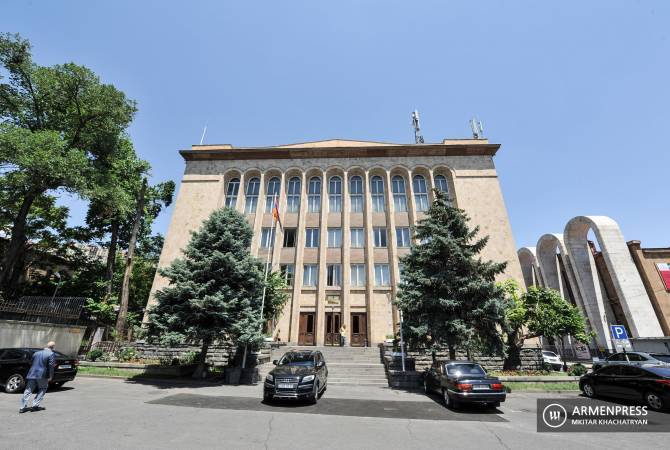 
YEREVAN, AUGUST 3, ARMENPRESS. The opposition Armenia and I Have the Honor factions of parliament announced intentions to apply to the Constitutional Court to dispute the constitutionality of the August 2 election of Speaker of Parliament, when Alen Simonyan from the ruling party was installed to the position.

Armenia and I Have the Honor nominated Mkhitar Zakaryan and Artur Sargsyan, two of their MPs who are under arrest since July on charges of abuse of power and fraud. They deny wrongdoing.

“As our faction announced yesterday, if the election of the Speaker is carried out without the participation of two candidates, we will consider the election illegal and we will apply to the Constitutional Court with a demand to declare the electoral process unconstitutional,” Armenia faction MP Artsvik Minasyan said, adding that they will also request the high court to acknowledge that two legislators are under arrest despite having immunity.