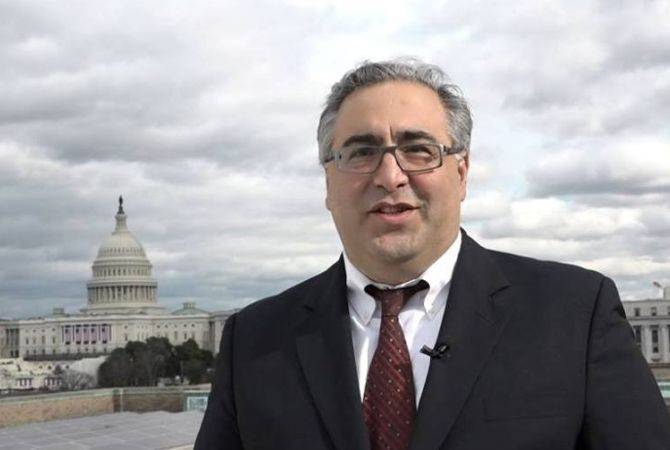 
YEREVAN, AUGUST 2, ARMENPRESS. The US House of Representatives’ passage of Congressional Armenian Caucus Co-Chair Frank Pallone’s amendment on restricting U.S. foreign military financing and training assistance to Azerbaijan is Washington’s first message to Aliyev that he can no longer deal with the United States the way he used to, Armenian National Committee of America Executive Director Aram Hamparian told ARMENPRESS, reminding that President Joe Biden had vowed to suspend military aid to Azerbaijan back when he was running for office.

“Biden has spoken about this publicly. Now, months after Biden’s election, for the first time Congress had the chance to publicly make a decision, and the Congressmen clearly showed that they want to cut the aid to Azerbaijan. It is noteworthy that none of the members of Congress defended Azerbaijan and no one supported the program of providing military aid to them,” Hamparian said, mentioning that the House of Representatives voted overwhelmingly in favor, because it is unclear both for them and for ordinary Americans “why Americans should send money and military aid to a billionaire, dictatorial, racist and anti-Armenian Aliyev.”

Hamparian says the Congressmen gave a clear and simple answer to this question, by saying: “let’s stop military aid to Azerbaijan.”

Now, the ANCA and supporters of Armenians will make efforts to pass the Pallone amendment in the Senate as well. But the military support which will be stopped with the Pallone amendment is only a small part of the aid which Azerbaijan is receiving. Hamparian says it’s just about a few million dollars, while most of the aid is provided through programs of the Pentagon.

Hamparian says there are different ways to suspend the aid provided through Pentagon channels, one of them is cancelling the waiver of Section 907, or suspending the US law Section 333, which authorizes the Department of Defense to provide military aid to foreign countries to develop ties.

“I’m not making any predictions for a long time now, but that’s our goal and we are working day and night in this direction,” Hamparian said when asked whether or not they will succeed to initiate Section 907 again.