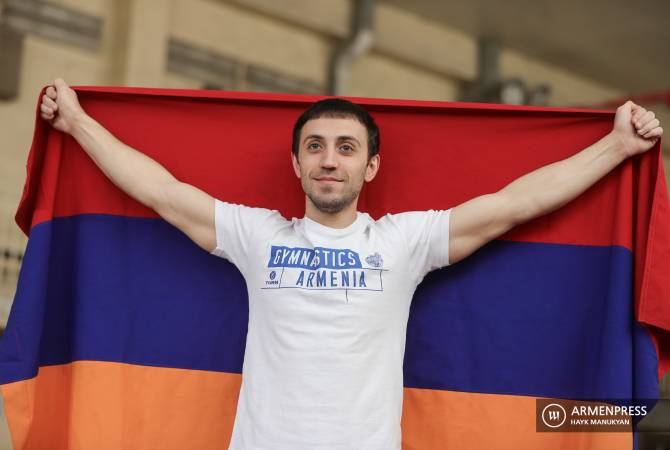 
TOKYO, AUGUST 2, ARMENPRESS. Although unhappy with his performance, Armenian athlete Artur Davtyan says the bronze medal which he won in artistic gymnastics at the Tokyo 2020 has the value of gold for him.

“Frankly, I’m not happy with my performance. My first jump was good, but I didn’t do my best in the second one. I was doing very good during the trainings. The problem was my unnecessary step during the second jump. This bronze medal has the value of gold. This result is a golden result for us,” Davtyan told reporters.

The 28-year-old athlete says he is very proud to be taking a medal back home.

“Sadness aside, I have to say that the third place is better than nothing. But I could see that there was a chance for gold. I wanna thank our coaches, you the reporters that you were waiting. We broke the ice and showed that we can win a medal in the Olympic Games in this bad situation. The new generation must believe that it is possible to win an Olympic Medal.”

Jeahwah Shin of South Korea won gold with 14.783 and Denis Abliazin of the Russian Olympic Committee won silver with 14.783.