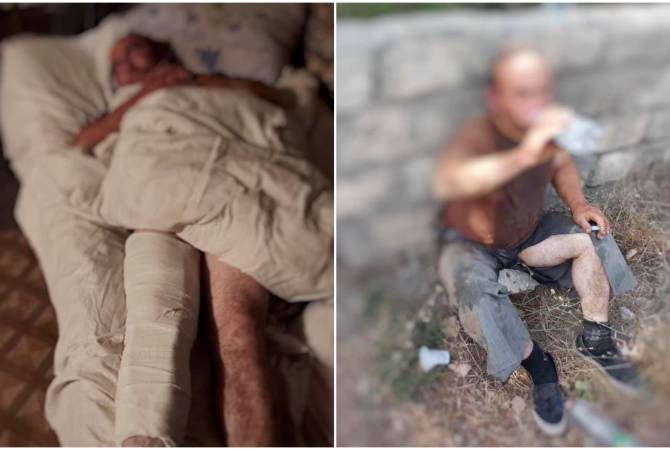 
STEPANAKERT, JULY 27, ARMENPRESS. A resident of Machkalashen village of Artsakh’s Martuni region, who has been taken captive by the Azerbaijani armed forces, has been returned.

He has been beaten by the Azerbaijani troops, Ombudsman of Artsakh Gegham Stepanyan said on Facebook.

He has been handed over to the Armenian side at the mediation of the Russian peacekeepers.

“The medical examination has revealed that he has been beaten and inhumanly treated by the Azerbaijani armed forces, injuring his right leg as a result. The clothes were torn. The citizen is currently at his home in the village”, the Ombudsman said.

Gegham Stepanyan said the Azerbaijani side continues its aggressive behavior, by not missing the occasion to torture and humiliate the citizens who appeared under their control.

The Ombudsman drew the attention of international organizations and the law enforcement agencies of Artsakh on the incident.