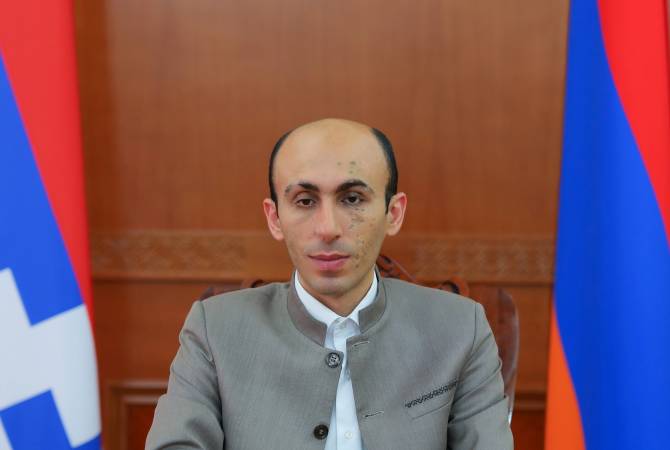 
YEREVAN, JULY 26, ARMENPRESS. Minister of State of the Republic of Artsakh Artak Beglaryan has commented on the statements of Azerbaijani President Ilham Aliyev relating to the status of Artsakh, the number of Armenians living in Artsakh and other issues, stating that the Azerbaijani leader is falsifying the history.

The State Minister noted that Artsakh has been Armenian for millennia and will remain so forever, adding that with such statements the Azerbaijani President aims at once again misleading his society and the international audience.

“Aliyevs have come and passed through the chaos of centuries, but Armenian Artsakh has always stood firm”, Artak Beglaryan said.

“Aliyev is once again “right” when he says that there is no territory in Azerbaijan named Nagorno Karabakh. Yes, Nagorno Karabakh is out of the territory of Azerbaijan, has never been and will not be in the territory of Azerbaijan. His claims about the status of Artsakh are just demonstrations of self-deception and lies, because regardless of the losses and the challenges, the Republic of Artsakh (Nagorno Karabakh) operates fully like it did before the war. We have developed state institutions and attributes and an unbroken will to develop and strengthen them. And the people and authorities of Artsakh will never accept any de facto or de jure status within Azerbaijan, and we will achieve the international recognition of our independence with a consistent fight”, he stated.