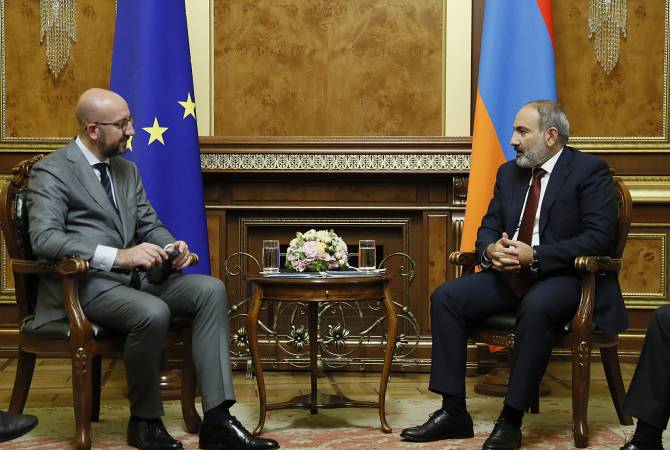 
YEREVAN, JULY 17, ARMENPRESS. Caretaker Prime Minister of Armenia Nikol Pashinyan hosted the delegation led by European Council President Charles Michel, who arrived in Armenia on a working visit, ARMENPRESS was informed from the Office of the Prime Minster. 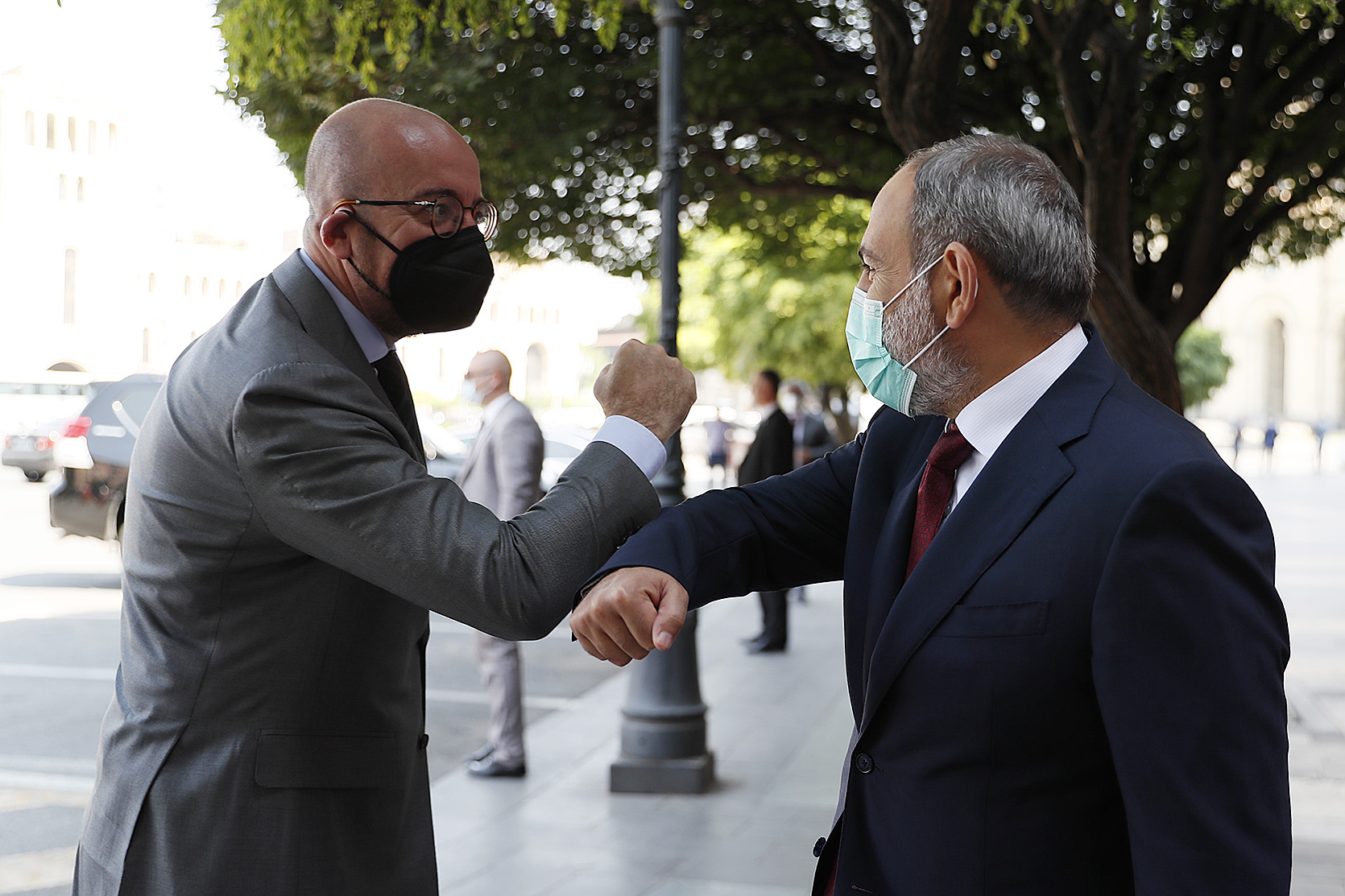 Nikol Pashinyan welcomed the visit of the President of the European Council to Armenia, noting that this is their second meeting in the last 1.5 months, which shows the dynamic development of Armenia-EU relations. The caretaker Prime Minister praised the decision of the EU to provide Armenia with a 2.6 billion euro investment package, noting that it will be a new impetus for the active implementation of the democratic reform agenda in the country, as well as the development of the economy and infrastructure.

The caretaker Prime Minister referred to the situation on the Armenian-Azerbaijani border, reaffirming his proposal to resolve it peacefully.

Nikol Pashinyan underscored the fact that the Azerbaijani authorities have recently intensified their aggressive rhetoric, which gives grounds to think that Azerbaijan is not ready to fulfill its obligations under the trilateral statements of November 9, 2020 and January 11, 2021, including the full return of Armenian POWs and hostages, as well as steps to unblock communications.

Charles Michel noted that the EU wants to be more actively involved in the establishment of stability in the region. The President of the European Council stressed that the 2.6 billion euro assistance package for Armenia is aimed at the implementation of deep reforms, as well as the economic development of the country. He noted that Armenia has a wide potential for the implementation of the package of measures envisaged by the package, and the EU is ready to provide technical assistance in this issue. "The EU stands ready to support your country in meeting its priorities," said Charles Michel.

Referring to the Nagorno Karabakh conflict, Nikol Pashinyan and Charles Michel highlighted the statement of the OSCE Minsk Group Co-Chairs of April 13, 2021, the principles outlined by it in the sidelines of which the full and complete settlement of the conflict should take place, including the clarification of the final status of Nagorno Karabakh. The interlocutors highlighted to resume the talks as soon as possible and establish a dialogue between the parties to the conflict.

Charles Michel considered it necessary to ensure the return of prisoners of war, to refrain from aggressive rhetoric, to unblock the region. He stressed that the EU, in turn, is ready to promote dialogue on demarcation and delimitation between Armenia and Azerbaijan.

Nikol Pashinyan praised the efforts of the international community to protect the Armenian historical and cultural heritage of Nagorno Karabakh, adding that the Azerbaijani side has already destroyed and mutilated many Armenian cultural monuments.

In this context, Charles Michel considered the active role and consistent work of the UNESCO necessary.

At the end of the meeting Nikol Pashinyan thanked the President of the European Council for the great and continuous attention paid to Armenia and the region.