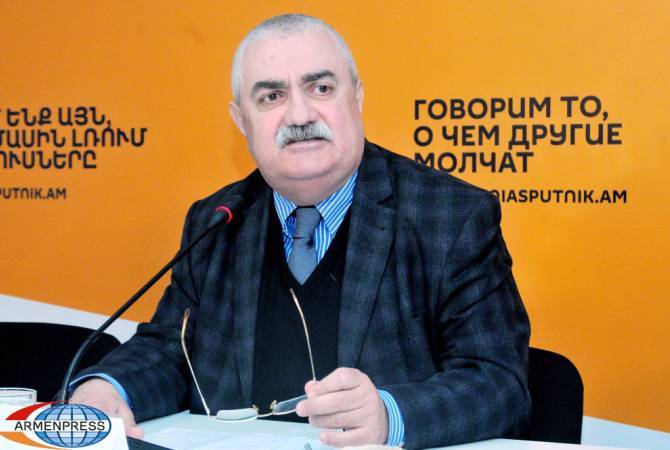 
YEREVAN, JULY 8, ARMENPRESS.  Head of the “Integration and Development” Analytical-Research NGO, coordinator of the Eurasian Expert Club, political analyst Aram Safaryan thinks that the Armenian-Russian military-political and military-technical relations are at the highest level since the independence of Armenia.

Commenting on Putin-Pashinyan meeting in Moscow, Aram Safaryan told ARMENPRESS that bilateral military-political and military-technical relations have never been so interconnected, coordinated and deep-rooted as they have been in the recent months.

- Mr. Safaryan, caretaker Prime Minister of Armenia Nikol Pashinyan paid a working visit to Moscow on July 7, where he met with the President of the Russian Federation Vladimir Putin. This was his first foreign visit after the snap parliamentary elections. The Russian President congratulated Nikol Pashinyan on the election results. The two leaders touched upon the Armenian-Russian relations, the Nagorno Karabakh issue, the border situation, the issue of prisoners of war, the supply of Russian vaccines, etc. In your opinion, what was the main purpose of the visit, what results can be expected after this meeting, especially on security and POWs issues?

- Thank you. This visit, as a political event, has several messages. The first message is that the caretaker Prime Minister of the Republic of Armenia, soon the Prime Minister, pays his first foreign visit to Moscow. This shows the place of the Russian Federation, official Moscow in the political realities of Armenia, as well as shows how the legitimately elected government of Armenia highlights building multifaceted relations with its strategic ally, ready to start that process immediately after the elections.

Speaking about the second message, Aram Safaryan noted that the meeting shows that Russia, as Armenia's key military-political partner and security guarantor, is interested in Armenia's problems, is ready to assist and will spare no efforts to exert influence on Azerbaijan in order to resolve the issues raised. Aram Safaryan noted that the main problems facing Armenia at the moment are delimitation and demarcation issues and the POWs issue.

՛՛Under the trilateral agreement of November 9, 2020 we have the right to expect an exchange of prisoners "all for all." We have the right to expect that our captives will be returned to us in the nearest and shortest possible time, without undue complication, without politicizing this process unnecessarily, without going through the propaganda of enmity and hatred. We have the right to expect this; our society has demanded from the authorities that all resources be used so that these people can return to their relatives. As you can see, the process is continuous, it has already taken place in two stages, but most of them have not returned yet, we are waiting for the majority. From this point of view, it is very important that when the Armenian leader says to the Russian leader, "Please, use your influence and opportunities to speed up this process", we are assured at that level that Russia will spare no effort on bringing this process to a logical conclusion under the agreement’’, Safaryan said.