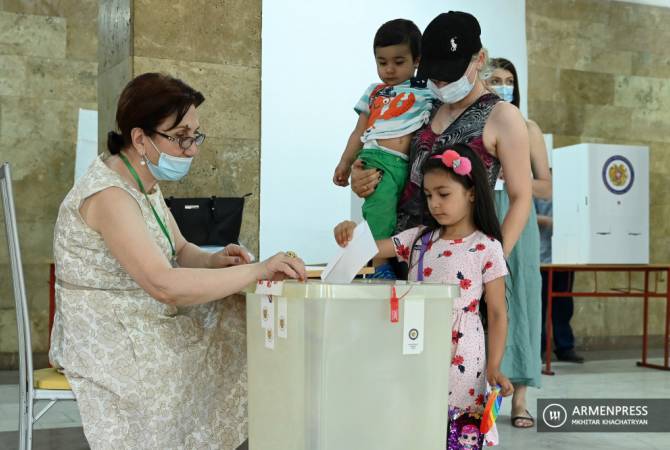 
YEREVAN, JUNE 21, ARMENPRESS. The snap parliamentary elections in Armenia were held in accordance with the country’s national legislation and the international standards, and the minor violations registered by observers could not have affected the voting results, member of the Russian Federation Council Viktor Smirnov said, reports TASS.

“The snap parliamentary elections of Armenia were held in accordance with the country’s national legislation and the international standards. That minor violations registered by the international observers, were of technical nature and, undoubtedly, could not have affected the voting results”, he said.

Mr. Smirnov stated that he personally visited 17 polling stations in Armenia on the voting day. He said the Russian senators have also met with the executives of the Central Electoral Commission, the representatives of several political parties and blocs.

“The professionalism of the district electoral commissions and the Central Electoral Commission was demonstrated on the voting day. We witnessed an organized work where we visited, the Republic’s electoral legislation has been accurately exercised”, Smirnov said.

The Russian official added that the polling stations, where they visited, have also maintained the anti-coronavirus rules.