Pashinyan ready to exchange his son with POWs kept in Azerbaijan 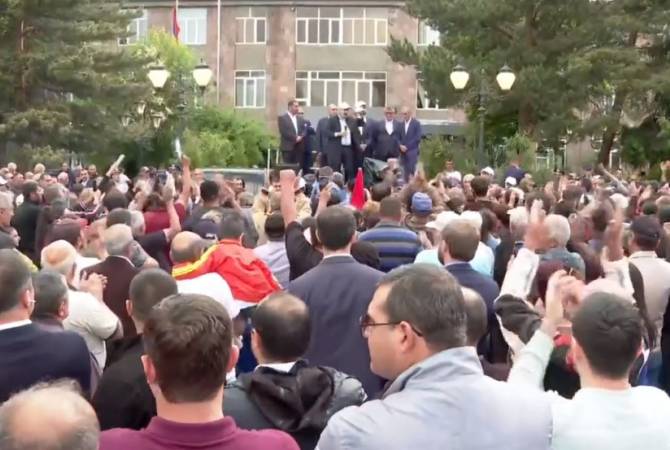 
YEREVAN, JUNE 8, ARMENPRESS. Caretaker Prime Minister of Armenia, head of ''Civil Contract'' Party Nikol Pashinyan officially announced that he is ready to exchange his son with the Armenian war prisoners kept in Azerbaijan, ARMENPRESS reports Pashinyan said in a meeting with the residents of Aparan town, responding to the announcement of 3rd President of Armenia Serzh Sargsyan, saying that Pashinyan should exchange his son with 20-25 war prisoners.

‘’I officially tell Aliyev, I exchange my son with all the war prisoners’’, Pashinyan announced. Addressing 2nd and 3rd Presidents of Armenia Robert Kocharyan and Serzh Sargsyan, Pashinyan said that he authorizes them to negotiate over the deal. ''You should never think that this is an emotional announcement. I say it officially, go and negotiate'', Pashinyan said, adding that he is waiting for their response.