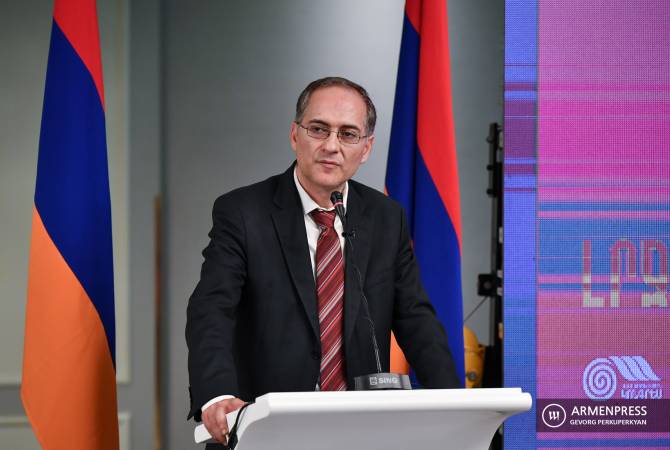 “It will allow the state to neutralize the existing real treats at least in the short-run and put the grounds of Armenia’s long-term security already in the medium and long-run”, he said.

Taking into account the fact that the status of Nagorno Karabakh is not determined yet, Musinyan said their party considers necessary the engagement in active negotiations with Russia and the other OSCE Minsk Group Co-Chair countries, as well as with Azerbaijan aimed at finally settling the issue.

The party also attaches importance to the launch of a number of urgent actions within Armenia, connected with the improvement of the public administration system and ensuring public stability.

The electoral campaign for the snap parliamentary elections officially launched in Armenia on June 7.

The snap parliamentary elections will take place on June 20, but the electronic voting will kick off on June 11 until June 13.

26 political forces – 22 parties and 4 blocs, are participating in the elections.