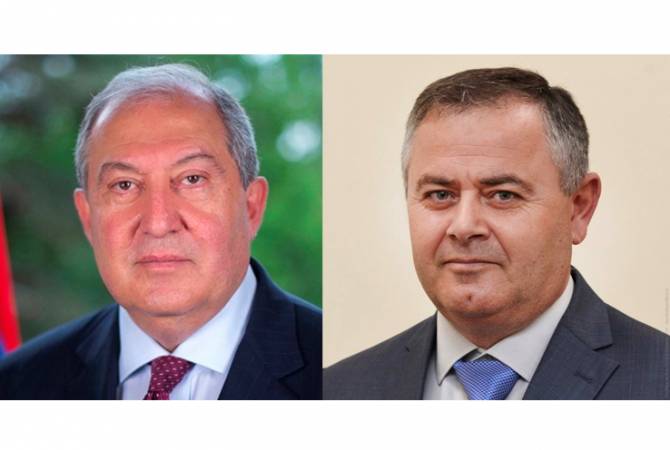 
YEREVAN, MAY 27, ARMENPRESS. President of Armenia Armen Sarkissian held a telephone conversation with Chief of the General Staff of the Armed Forces, Lieutenant-General Artak Davtyan, the Presidential Office told Armenpress.

The Chief of the General Staff presented details from today’s incident of capture of six Armenian servicemen by the Azerbaijani troops in the borders areas of Gegharkunik province and the current border situation.

The President said all the capacities of the respective structures and firstly the Armed Forces, as well as all diplomatic opportunities must be used without delays for the return of the Armenian servicemen from the Azerbaijani captivity. According to him, the maximum should be done to ensure the security and protection of rights of the servicemen and the citizens of Armenia.

Armen Sarkissian said the provocative actions of Azerbaijan in Armenia’s territory must receive a strong response from the international community, adding that he will continue raising this issue during talks with international partners.