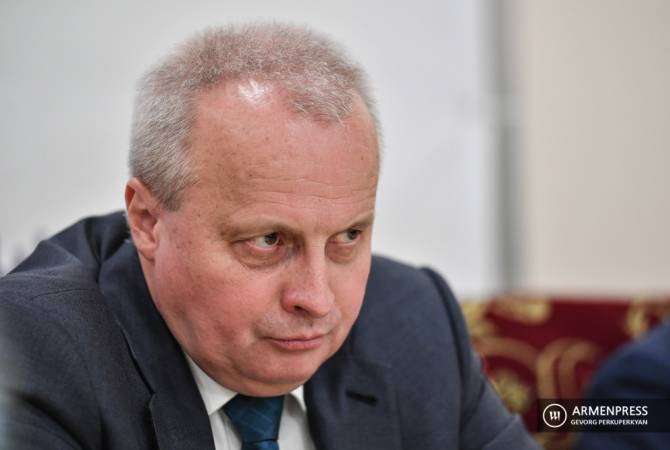 
YEREVAN, MAY 26, ARMENPRESS. Russia is making active efforts for resolving the situation in the province of Syunik of Armenia, the Russian Ambassador to Armenia Sergey Kopirkin said during a conference.

“Russia and Armenia are united by a lot more, which shouldn’t be forgotten especially now during this difficult period of time for the Republic of Armenia,” he said during the “Strategic Ally Russia’s Image in Modern Armenian Society” conference organized by the Eurasian Expert Club and the Integration and Development organization.

“Russia is the only country to have provided practical support to Armenia in difficult situations,” the ambassador said, adding that ending the military operations in Artsakh required big efforts, and now measures are taken to return Artsakh to peaceful life.

Speaking about the peculiarities of the Armenian-Russian relations, the ambassador said that the ties are the result of a union tried throughout centuries.

“Our countries are tied with very close people-to-people relations. Not mentioning the economic ties.”

Kopirkin also spoke about the need for the Armenian people to overcome the post-war stress.

“We prioritize that the Armenian population overcomes the post-war stress as quickly as possible, and feels safe, with the Russian military base playing an important role in ensuring this.”