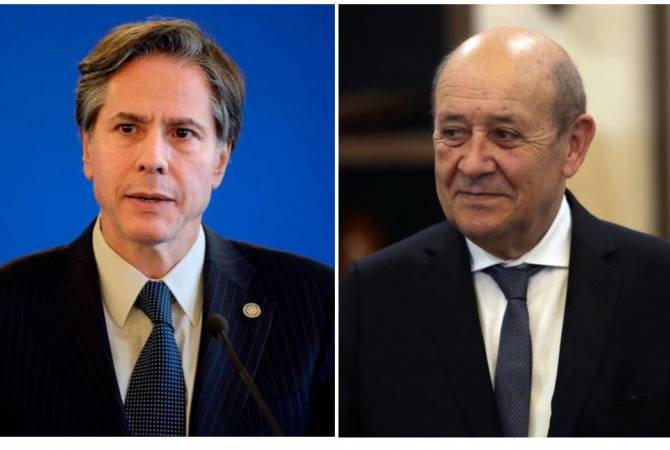 
YEREVAN, MAY 17, ARMENPRESS. US Secretary of State Antony J. Blinken and French Foreign Minister Jean-Yves Le Drian held a telephone conversation during which they also touched upon the Nagorno Karabakh conflict.

In a statement Spokesperson of the State Department Ned Price said that Secretary Blinken and French FM Jean-Yves Le Drian discussed “their shared concern about ongoing violence in Israel, the West Bank, and Gaza and their engagement with partners in the region to bring about calm”.

“Secretary Blinken and Foreign Minister Le Drian also spoke about their cooperation as OSCE Minsk Group Co-Chair Countries and emphasized the need for a long-term political settlement to the Nagorno Karabakh conflict”, the statement says.

21:29, 09.24.2021
Viewed 1823 times Today, no Armenian lives or practically could live in the territories under the control of Azerbaijan – Pashinyan