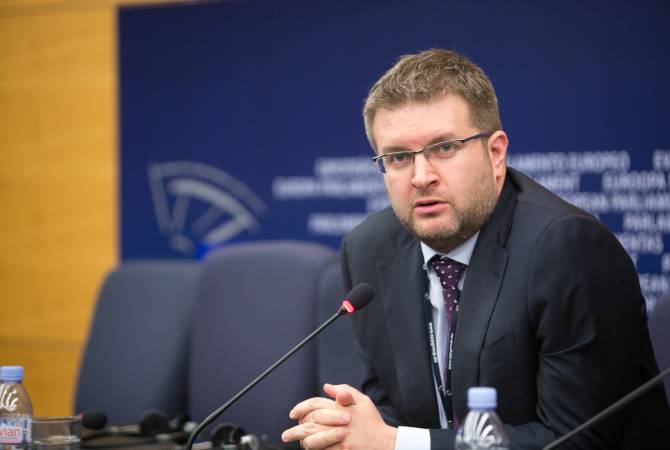 
YEREVAN, MAY 15, ARMENPRESS. The Italian Brothers of Italy (Fdl) political party has expressed deep concern over the Azerbaijani military incursion into Armenian territory.

“We express deep concern over the military operations carried out by Azerbaijan at the border with Armenia, which led to the infringement against several kilometers of territory in the Lake Sev area,” the party’s foreign affairs chief and head of the delegation to the European Parliament Carlo Fidanza said.

“This is a provocation which must definitely end with the withdrawal of the Azerbaijani troops in order to avoid new escalation in the region. We address the government and the international community to raise their voice to restore order, respecting the full sovereignty and territorial integrity of the Republic of Armenia.”