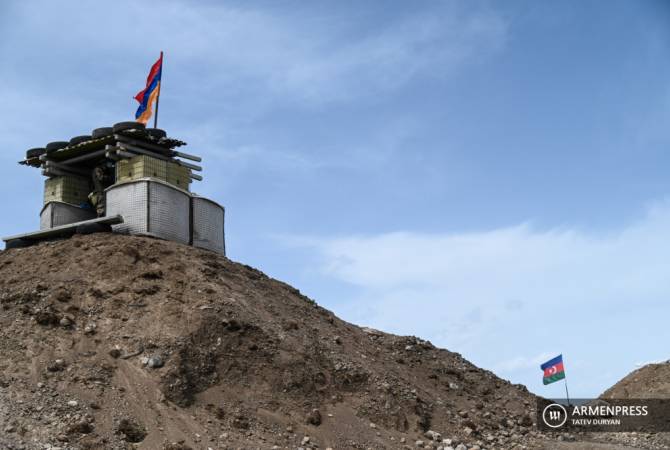 
YEREVAN, MAY 13, ARMENPRESS. The border situation in Armenia’s Gegharkunik province is calm, there is no tension, Governor of the province Gnel Sanosyan told reporters before the Cabinet meeting today.

“Climate conditions are complex and in some sections the adversary has not conducted a deployment process, the weather has now changed, they are conducting a deployment process. And our Armed Forces follow so that the Azerbaijani forces do not advance from their positions. Armenia’s state border in Gegharkunik has been maintained, in both sections our side has insisted that they should be deployed back, the problem has been solved. There is absolutely no tension”, the Governor said.

He noted that the residents are mainly getting concerned by the fake reports. “Yesterday I was in Upper Shorja for several hours where those activities are being carried out. Our Armed Forces are present and are working. It’s the same process as it was in November and December. I can state that everything is calm, there is no tension”, he said.