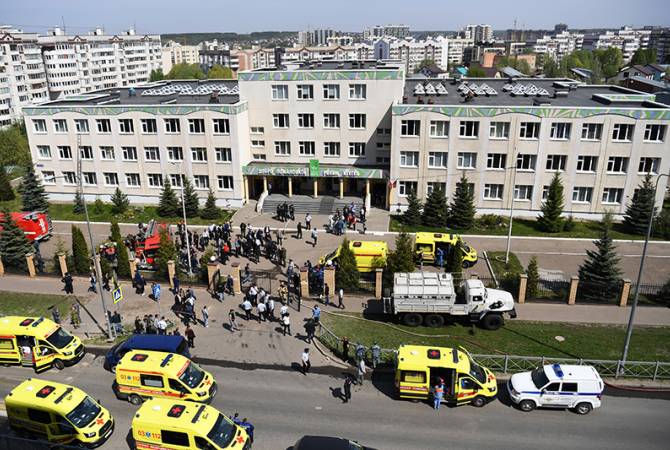 
YEREVAN, MAY 11, ARMENPRESS. Armenia’s foreign ministry has extended condolences over a shooting incident in one of the schools of Kazan, which claimed several lives.

“We express our deepest condolences to the families and relatives of the victims of the tragic incident that took place in N175 school in Kazan. We wish speedy recovery to all those injured”, the Armenian MFA said in a statement.

Nine people have died, including eight children and a teacher, in a school shooting in Kazan, in Russia’s Tatarstan Region. At least 32 people were injured. The first signal from a panic button at the school came in at 09:25, and the shooting began at 09:20. At the time, there were 714 children and about 70 employees at the school, including 52 teachers, TASS reported.